Our Network Support Team provides insight: Today, Steve Jobs and the people from Apple, showed off their latest release, the iPad 2. While everyone knew this was coming, they still had quite a few surprises for us. Here we are going to give the quick low down on what is actually new with the iPad 2.

The iPad 2 had some size reduction, as it’s now 33% thinner than the original iPad and even a bit thinner than its iPhone brethren. With this smaller size comes the same 10 hour battery life and a month long stand by time. With the new smaller form factor Apple was also able to reduce the weight of the iPad from 1.5 pounds to 1.3, which makes it slightly lighter, but still able to retain its solid feeling.

Its no surprise that Apple has a new A5 arm cpu in it, upgrading from the A4, while there is no exact speed given from Apple, we do know it’s a dual core and has 9 times faster graphics processing in it, allowing for a much more fluid feeling and soon some very impressive games.

One of the biggest improvements is the new case that Apple has released alongside the iPad. It’s not really a case but rather a magnetic cover that snaps into place to protect the front of the iPad. What really shines about this new case is how flush it sits on the iPad, adding almost no increase in the actual size, and the fact that it has 4 creases in the cover which allows you to it as a stand for multiple viewing angles. This helps alleviate one of the iPad’s original problems of it being awkward to hold. 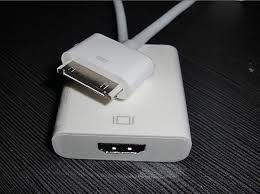 Allowing your iPad to plug into your TV to show the entire device on an HDTV was a very smart move, as this helps bridge the gap between laptop and tablet device. If you have the option to project what you’re doing to a large amount of people the iPad will gain the extra function of being used as a presentation tool for business people.

The rear camera will be used mainly with Apple’s new iPad app, iMovie, as now people have the option to not only record video from their iPad but also edit them. iMovie was originally a program made for Mac OSX, but has now been ported to the iPad as a movie editor. The front facing camera will allow more people to use Apple’s latest app, FaceTime, which is basically Apple’s version of skype, but only for apple products.

When and how much?

Apple is releasing the iPad 2 for sale on March 11th and will continue using the same pricing structure as it did for the original iPad. The only exception will be the fact that you can now choose Verizon or ATT as your service provider if you decide to add 3G to the device.