In The Two Years Since Windows XP Support Ended, Have You Switched? 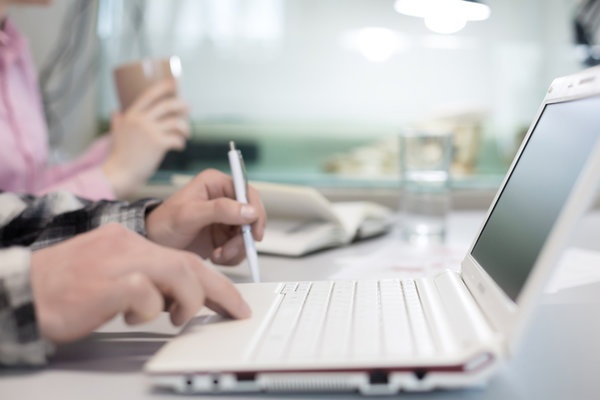 Are you still running Windows XP? An amazingly large number of businesses are still using the outdated Windows operating system, even though Microsoft stopped supporting Windows XP more than two years ago. For many business owners, they see keeping their old Windows XP machines as an economy measure – why upgrade if the old system still works? Well, there are plenty of valid reasons to abandon that outdated software and switch to a more current operating system..

Microsoft made one of its strongest marketing efforts when it launched Windows XP on October 1, 2001, and 400 million copies of the operating system were sold over its 12-year life span; 17 million of those in the first two months. Even after four more Windows releases (Windows Vista, Windows 7, Windows 8, and Windows 10), 12 percent of PCs worldwide were still running Windows XP as of September 2015 – about 180 million users. Net Marketshare reports that as of March 2016, 10.9 percent of desktops still run Windows XP, and Stat Counter estimates Windows XP users make up at 7.4 percent of the desktop market.

To motivate users to upgrade, Windows discontinued support of Windows XP, including security patches. However, there are a number of users still clinging to the antiquated operating system, either to save money or because it would be too disruptive to upgrade. That’s a mistake for a number of reasons. In fact, maintaining outdated software like Windows XP in your work environment is actually risky and can cost your business more than you may have bargained for.

Business owners cite a number of reasons why they don’t see a need to upgrade:

Some businesses are running older computers, but if you don’t have the memory or processing power to run a newer version of Windows, then you probably can’t run other, newer software applications as well; software that will likely be beneficial to your business. You need the latest hardware to stay current and competitive.

Every software vendor spends time and resources to stay current with the latest operating systems. If you have software that isn’t compatible with later versions of Windows you haven’t been upgrading your business application software. As with Windows XP, support for that outdated software will disappear at some point and you will find yourself scrambling when a vital application fails.

3. I Will Have Interoperability Problems if I Upgrade

The challenge with business software is that platform interoperability is often tied to specific software versions. If you have an older database package, for example, that will only interoperate with on older version of Outlook, or you have an outdated accounting platform, then you may encounter interoperability issues. Eventually, one of the pieces in the software chain is going to fail and you will have to update your entire infrastructure, and suffer the downtime while you upgrade.

4. My Customized Applications Only Run on Windows XP

If you have custom-coded applications that were written specifically for your operation, then those applications may not have kept pace with the latest operating systems. As with off-the-shelf software, be wary of unsupported applications. If you are still running the same versions of the software written 10 or 15 years ago then it has probably been patched and revised to the point you don’t know what may break or where holes in application could leave your computing environment exposed.

When you look at the most common excuses for not upgrading, you will see that a single piece of outdated software can have a domino effect that can affect your entire computing infrastructure. If you plan to keep you operation up to date, or at least one generation behind, you can minimize risk of system failure by having access to software support.

The Risk of Outdated Software

One of the biggest risks in continuing to run Windows XP is security. Since Microsoft has ceased supporting Windows XP that means no technical support and, more importantly, no security patches, ever.

The challenge with operating system software (or any software) is that it needs to be maintained. Hackers are continually finding new vulnerabilities, and unless the vendors’ software engineers keep pace with those vulnerabilities, you are leaving yourself open to cyberattack.

What’s worse, the creaky old Windows XP machines will contribute to more cyber threats that affect us all. Since they no longer receive security patches, Windows XP users can be compromised and their systems used to spread spam, DDoS attacks, and botnet traffic.

Aging source code, whether in expired off-the-shelf software or custom-build applications, is an ongoing security threat. Code that is not maintained can be prone to new attacks, and weaknesses in the code proliferate from generation to generation. If, for example, an application or operating system code contains a security flaw from open source or previous code, that flaw remains in the software without proper remediation. Without engineers working to uncover legacy weaknesses you will continue to be vulnerable to attack.

If you want to think about it another way, running Windows XP is something like owning a Saab – they don’t make those car models anymore and eventually you won’t be able to find the parts you need to keep that car on the road. When the vendor stops supporting software that is vital to business operations, it’s time to upgrade.

That doesn’t’ mean you have to go it alone. A skilled IT partner can assist with system upgrades and maintenance, helping you deal with compatibility issues and laying out a plan to bring your systems up to date. You want to find a partner with the expertise to identify what really needs to be upgraded now and what can wait until later. If you can no longer count on vendor support, then finding a local service expert who is skilled and readily available is your next best bet.

What are some of your biggest roadblocks when making the switch from Windows XP?