5 Lessons on Merging Your IT Departments After An Acquisition

You’ve been searching for a long time, looking for that extra special someone to build your future with. Now they are close, ready to join you for an exciting future and all that’s left to do is …. merge your IT departments.

Acquisitions are an exciting time for small businesses. Either the company is bringing in another partner to bolster their offering, hoping the sum is greater than the parts, or your company is the missing piece in a large company’s grand plan. 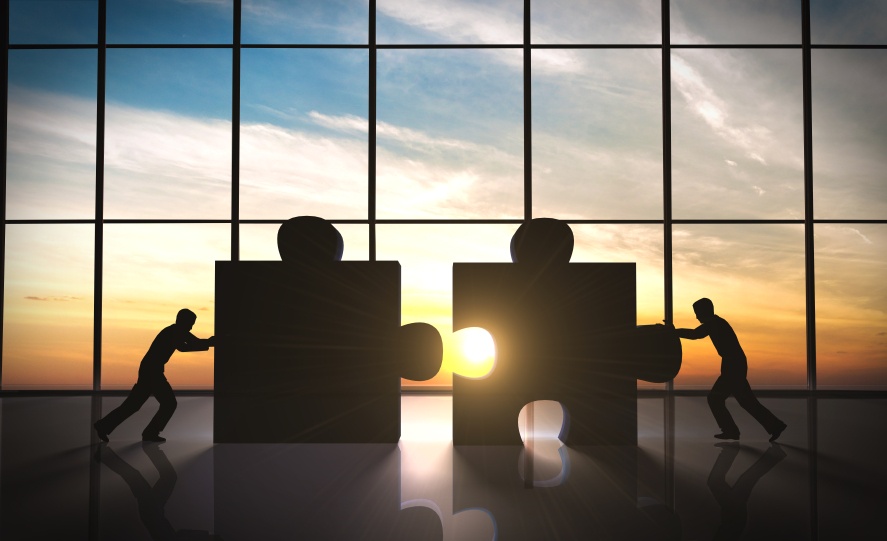 Whatever your situation, the likelihood is that both organizations run different technology systems. In fact, just assume they do. It’s easier to find a unicorn with directions to Atlantis than find two companies running instantly compatible technology.

So what do you do? Have no fear, just follow these best practices for merging your IT departments and you’ll be on the road to success with your new soul mate.

As the merger comes together, small business owners should involve their head of IT once the merger appears likely to happen.

It is important for IT leaders (typically called chief information officers in larger organizations) to meet with C-suite leaders throughout the merger process. The earlier they can come in, the smoother transition that can be expected.

IT is not an afterthought, but a key part of the merger and something that should be given a top priority as the two companies come together.

Sometimes mergers mean layoffs. That is a sad fact. As business owners realize what the new joint venture will look like they need to recognize which IT talent fits with that.

IT staffers that work with mission-critical systems such as customer management programs, collaboration tools and backend office systems should remain in key roles.

Take the story of Valassis during its acquisition of ADVO. To help facilitate the transition, Valassis’ IT manager used something called “Self Track Training models” that helped his team take ownership for creating the new IT department.

Employees were given four business objectives — reduce IT spending, improve ROI, enhance career development and reduce cycle time. By laying out these specific goals, the IT team was the first department in the new company to collaborate and the first to fully integrate into one unit.

Think of this one as essentially saying, “OK, what do we got?”

Conduct census of the IT infrastructure that includes everything from hardware and software to network systems, enterprise platforms and corporate platforms.

“Technology leaders must also assess the entire company through the IT lens, to determine how they can and must support the integration of business units and corporate functions—finance, HR, operations, administration—along with any rationalization of product lines or services in those functions,” the consulting firm PricewaterhouseCoopers says.

This census will allow IT leaders to see what they have and, more importantly, what they lack. With two companies coming together, more robust systems may be needed to meet greater employee demand.

Create a Plan for Merging your IT Departments

Now that you know what you’ve got, now you need to figure out what do with it.

Create what is called a “runbook,” which brings together procedures and operations for IT departments to follow. Smaller businesses can typically put everything in one book while larger organizations may want to create several smaller books overlooking different functions.

The IT departments should come together to create these books as soon as the merger is finalized, as it should be one of the first things done. They should be completed before any merging of IT systems begins and preferably before the companies make the announcement of their merger open to customers.

These books should explain all of the IT work that will be done and on what schedule. Mission-critical systems should be integrated first along with collaboration tools. Backend office systems are also important to migrate early in the process as well.

One fact of mergers: people have to figure out who does what. That’s where governance is strongly needed.

With new technology teams coming together, business owners need to put in a definitive leadership chart both for the IT organization and the company as a whole.

“A key reason that strong governance is so crucial for merger integration is timing,” PCW says. “Merger integration efforts typically occur over a sustained period of time, during which circumstances can evolve and many elements of the original plan can change. A solid governance structure that encompasses IT and business will help ensure that these changes get addressed in a consistent manner across the combined firm, rather than in silos.”